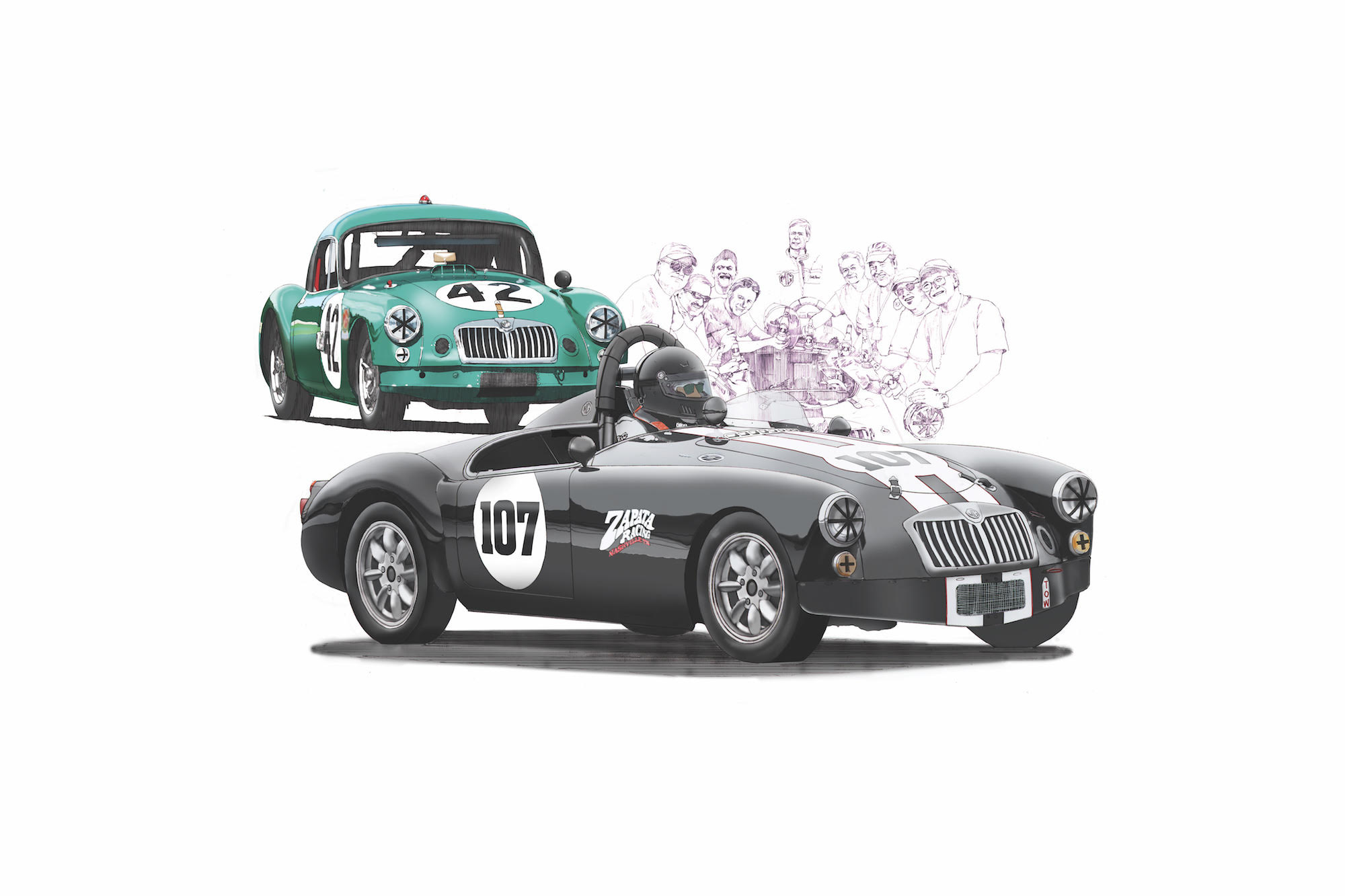 MANY OF THE ZAPATA RACE TEAM GATHER FOR A “XX” BEER

The piece came to be known as the “beer ad” as it developed around the illustrations of the two MGAs. It just happened the Zapata team mates all were drinking the same beer, Dos Equis. They were standing around the open hood of the number 107 car after the race. I first raced against these folks 33 years ago at Road Atlanta in my MGTD. Some great times and stories. 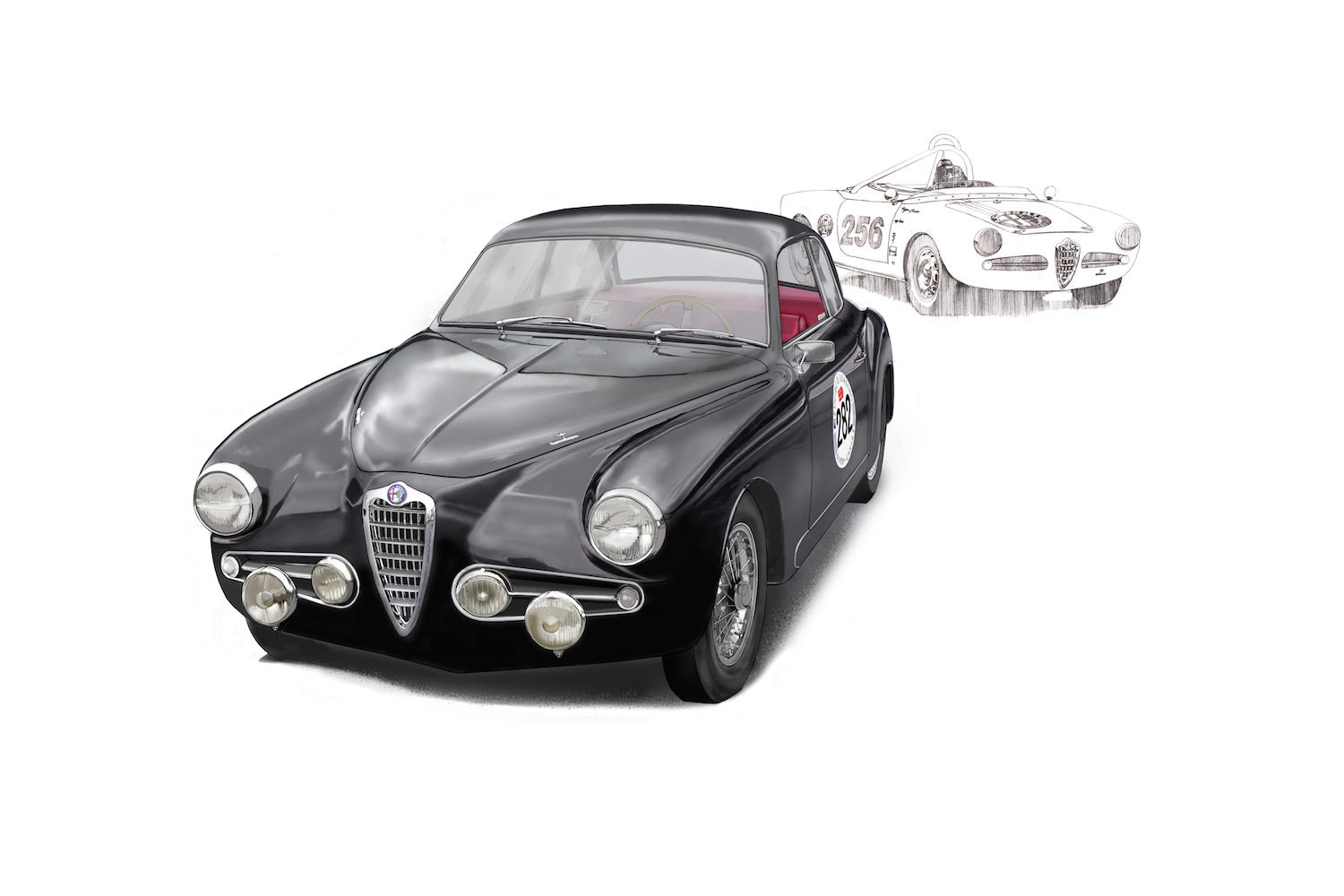 THREE MOST SIGNIFICANT SEAPLANE RACERS OF THE 1920’S 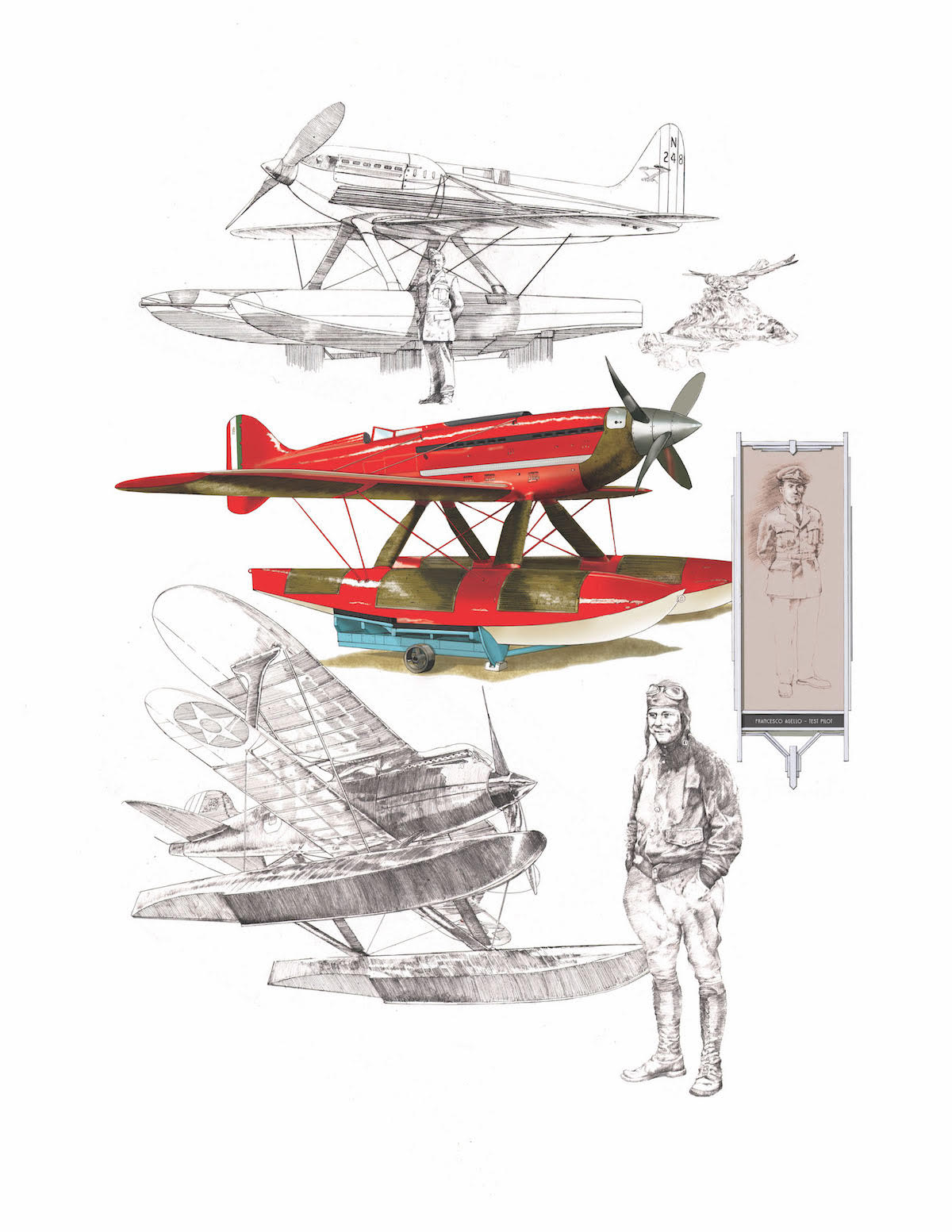