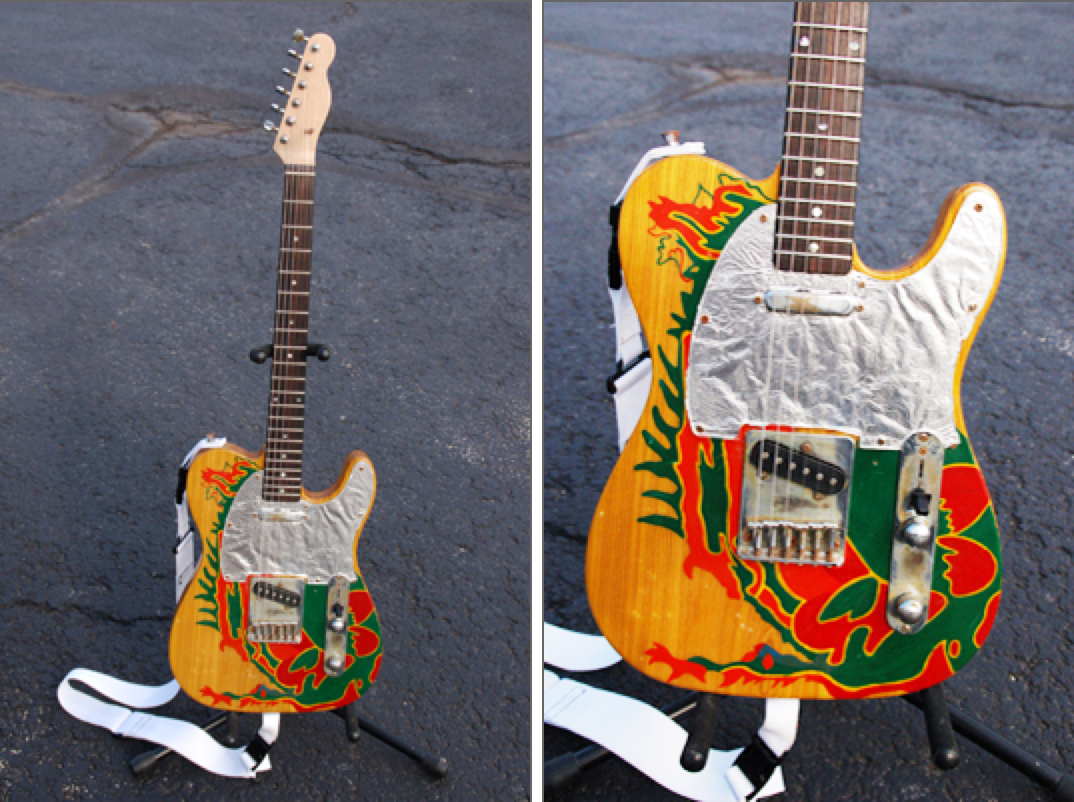 This is a replica that I built and had wired at Centerville Music. It is partially from a Chinese ordered Telecaster and partially from American parts, of Jimmy Page’s Dragon Telecaster that disappeared and was later found and repainted after the Led Zeppelin IV sessions. The original guitar was used to play the solo on the […] 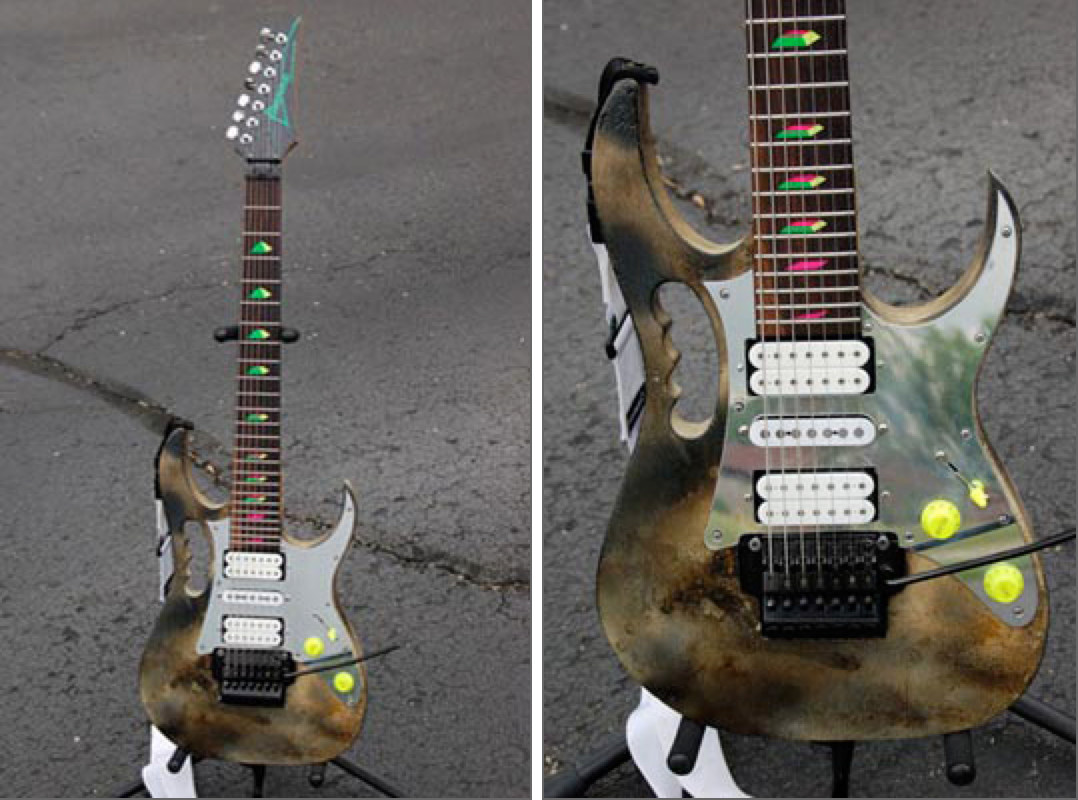 This is an Ibanez Universe that I “customized”. It replicates one of Steve Vai’s guitars that was meant to replicate the guitar Jimi Hendrix set on fire at the Monterey Pop Festival. 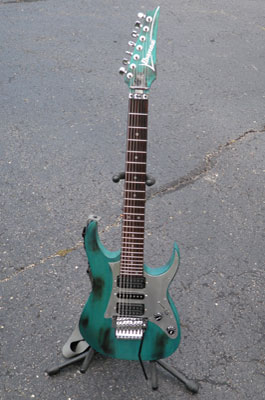 This is a a Seven String Ibanez Universe that I customized to emulate the look of the Jem Burned Stained Blue six string version. If was sold to a member of a French band that was in California at the time. 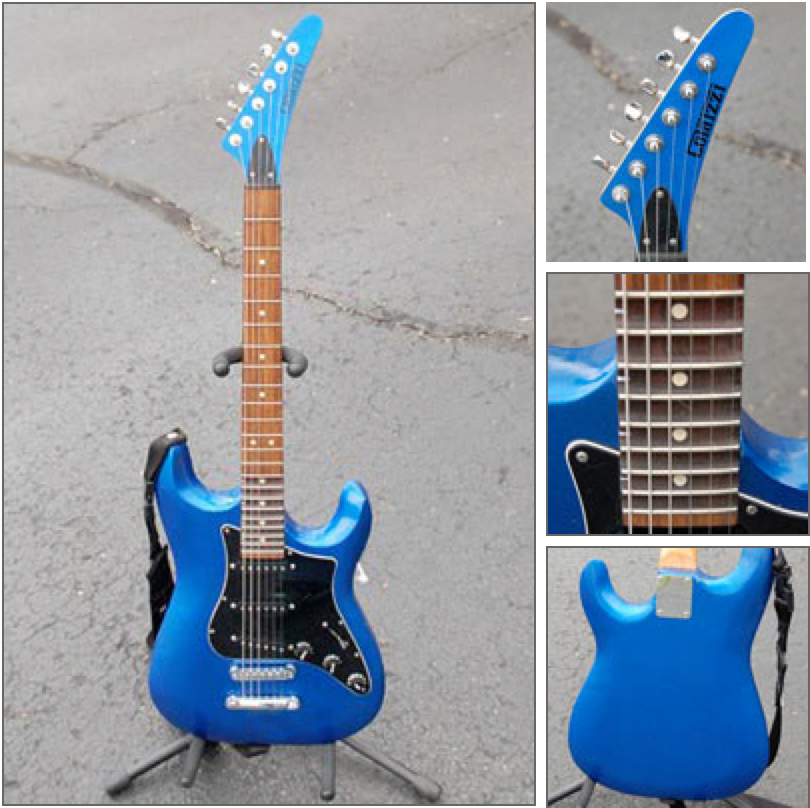 This is the prototype guitar I designed and built using Warmoth parts. For the body shape I used a Strat outline and shaped the body and pickguard based off those guidelines. The frets are scalloped from the 15th fret to the 22nd. It has all DiMarzio pickups. It is painted using metal flake blue . […]